Impression of the ORCHID Strategy workshop

Following up on the ORCHID Vision workshop, the ORCHID Strategy workshop was held in Leiden, the Netherlands on 17 January 2019. 32 experts from academia, innovation hubs, pharmaceutical and cosmetic industry, patient organizations, ethics school, biotech companies and regulatory agencies attended the workshop. They represented developers, end users and regulators in the Organ-on-Chip (OoC) field in Europe. The workshop was organized by Janny van den Eijnden-van Raaij from hDMT (work package leader Roadmap) and chaired by Christine Mummery from LUMC (coordinator).

The aim of this workshop was to define the concrete goals and milestones of the OoC roadmap, and the strategy to reach them. During two brainstorm sessions, expert groups focused on four specific application domains: personalized medicine, drug efficacy, drug toxicity and disease mechanisms. The groups addressed domain-specific issues from the perspective of both developers and of end users and regulators. The specific building blocks of the OoC roadmap were identified and the general aspects of the roadmap were also discussed, such as ethical concerns, training of the next generation OoC researchers, dissemination and communication.

It was again a very useful meeting, that positively contributed to the strengthening of the network and building of the OoC ecosystem in Europe. The report of the ORCHID Strategy workshop is currently in preparation and will be publicly available in short time. 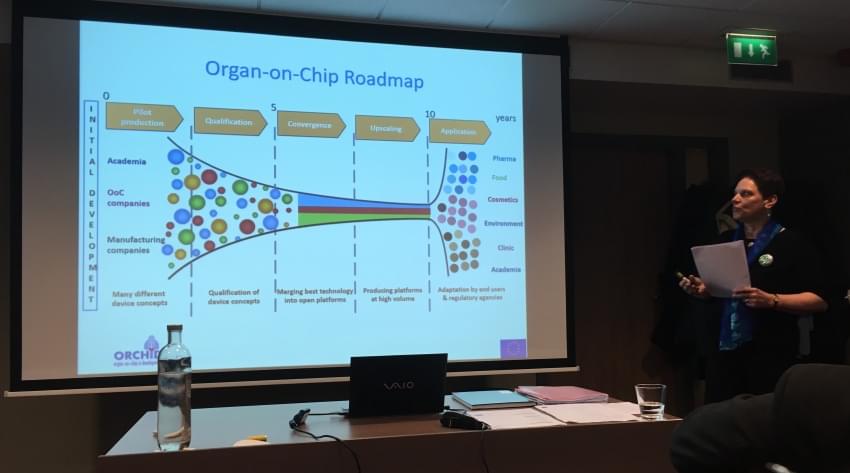